I tried to add a video in mp4 format to my website in the same way:

and enhanced the content type part of my go application with:

When I open the html file directly in Chrome the Video is playing correctly, but if I open the website by calling the Web Server at http://localhost... it can not be loaded and therefor not played.

There is no video loaded, if I try to hit it directly the browser just shows some video contols without loading the file: 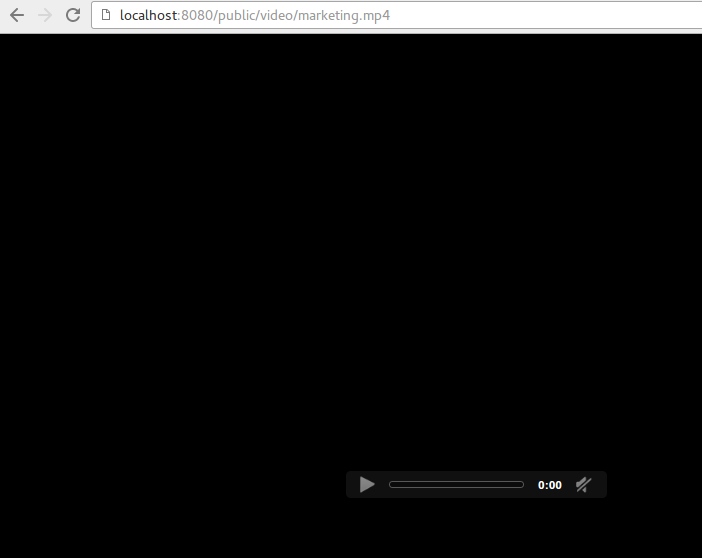 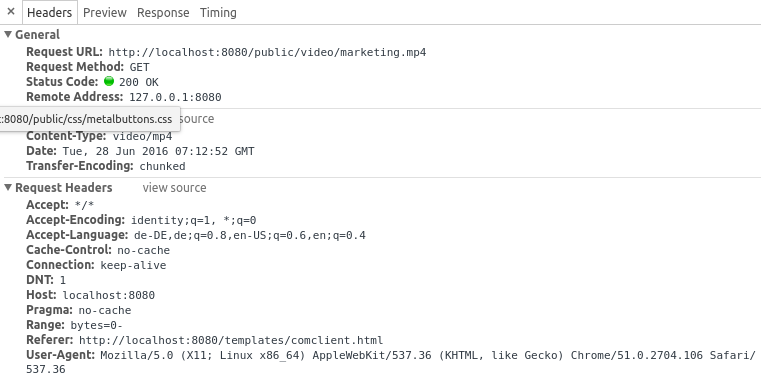 Any ideas on this? thanks in advance.

As suggested I also tried another video which is working perfectly fine! but I have no clue why, I compared both videos:

Could it be the size??

icza is right and I marked his post as correct answer to my question. But let me explain what I finally did to get it working:

I tried to solve my problem without using the http.FileServe method. Therefore I implemented like so:

That worked for the first time I played the video. But since I want it to loop it should directly start from the beginning but it stuck at the very last frame of the video.

The video is also playing in a loop correctly now. But I still have no idea why ServeFile() is working and the other method not though the response is exactly the same for both methods. Nevertheless the content is looking like that now: 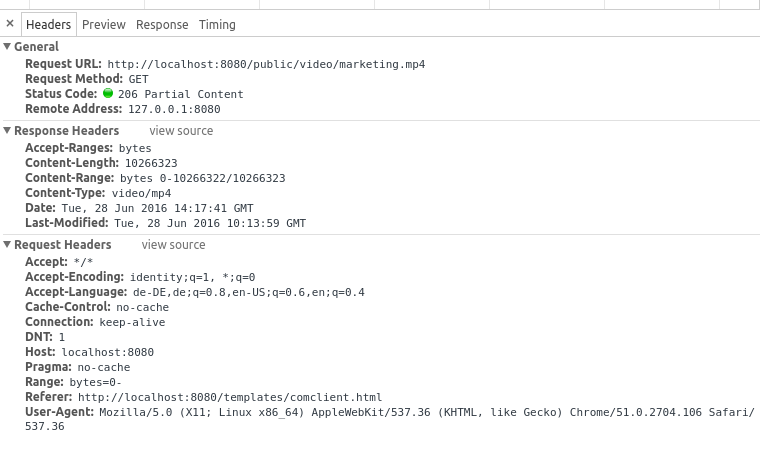 Cheers and thanks to all of you who helped me.