[X] I have read the contributing guide lines at https://github.com/opnsense/core/blob/master/CONTRIBUTING.md

[X] I have searched the existing issues and I'm convinced that mine is new.

Describe the bug The Firewall drops connections without any sense. Even when I have them allowed with rules or between hosts on the same interface and having "Bypass firewall rules for traffic on the same interface" activated. This is constant and I don't know what logic is following or the cause. It's totally unusable and I already brought it up from zero several times with the same rules.

Additionally, IP leases that aren't registered on DHCP are showing in FW logs. I know this is not an attack, but seems like DHCP failing. It had supplied dynamic IPs to macs that had fixed IPs, happened two days ago.

To Reproduce I don't know how to reproduce it. It simply started acting like this more and more after some upgrades. I had setup two interface groups in the past for rules across several interfaces and I migrated them to floating but it didn't help. I would gladly send my config file using a private secure channel. 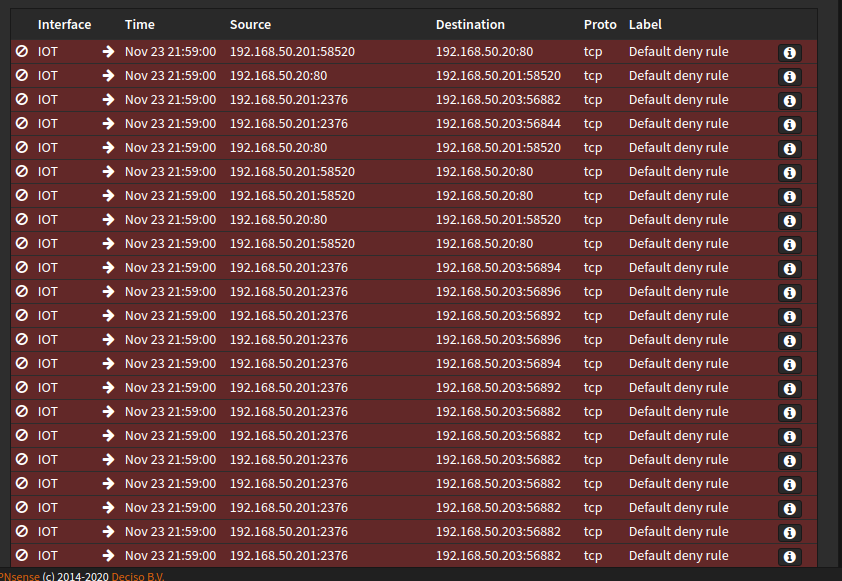