The SuperTux launcher will allow users to install and manage multiple versions of SuperTux simultaneously. Nostalgics, speedrunners, enthousiasts, you will be able to have versions 0.1.3, 0.5.1, 0.6.2 and the latest nightly at the same time on the same computer! 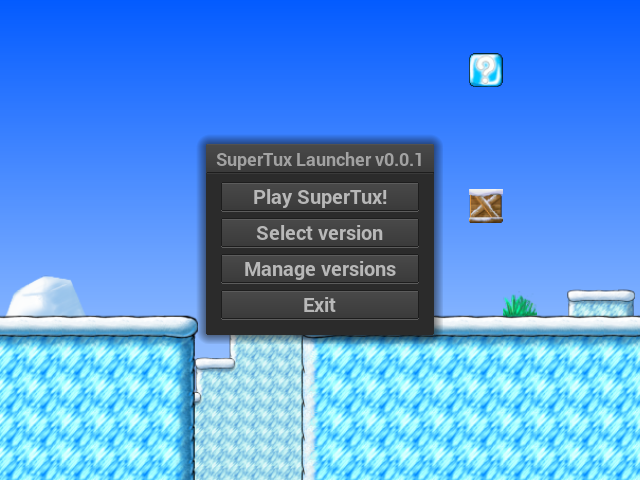 The launcher will also expose some features accessible only from the command line, such as immediately opening a level for plaing, recording gameplay, playing a recorded gameplay, and more!

As of writing these lines, the launcher isn't yet in a working state. There is still much to be done before you can enjoy those features - but fear not, I'm working hard to release this as soon as possible! I'm also very glad if you'd like to help me!