Lets say we have the following markup:

The resulting markup contains only one row and lots of columns. However, this is not useful at all: the grid is supposed to have 2 columns on extra small screens, 3 columns on medium screens and 4 columns on large screens, with a separate row for each collection of columns.

The above technique, though, produces markup that is not semantic and problems begin to emerge whenever one decides that he/she wants to separate rows of columns with a border.

If the layout was static (non-responsive), I could simply output a separate row after every X image(column) in the foreach loop, but this obviously doesn't work for responsive layouts.

The responsive approach seems to introduce more problems than I originally anticipated, because the server side can not distinguish whether the user has resized his browser window or not (and reload the columns with a different markup and number of rows accordingly). Making AJAX calls for this would be overkill and I don't really want to use JQuery to rewrap columns based on screen width, which leaves me at the mercy of nasty CSS hacks.

Is there a proper way to accomplish this?

EDIT: There is a way to do this, but it's also not the preferred one: output several grids with a different number of columns and show each of them using media queries. Although this is a possibility, I would never want to do this, because it produces bad markup and it's possibly bad for SEO as well.

However, I also need to do this dynamically for each screen size.

EDIT: 3: Here's how the layout should behave on different screen sizes: 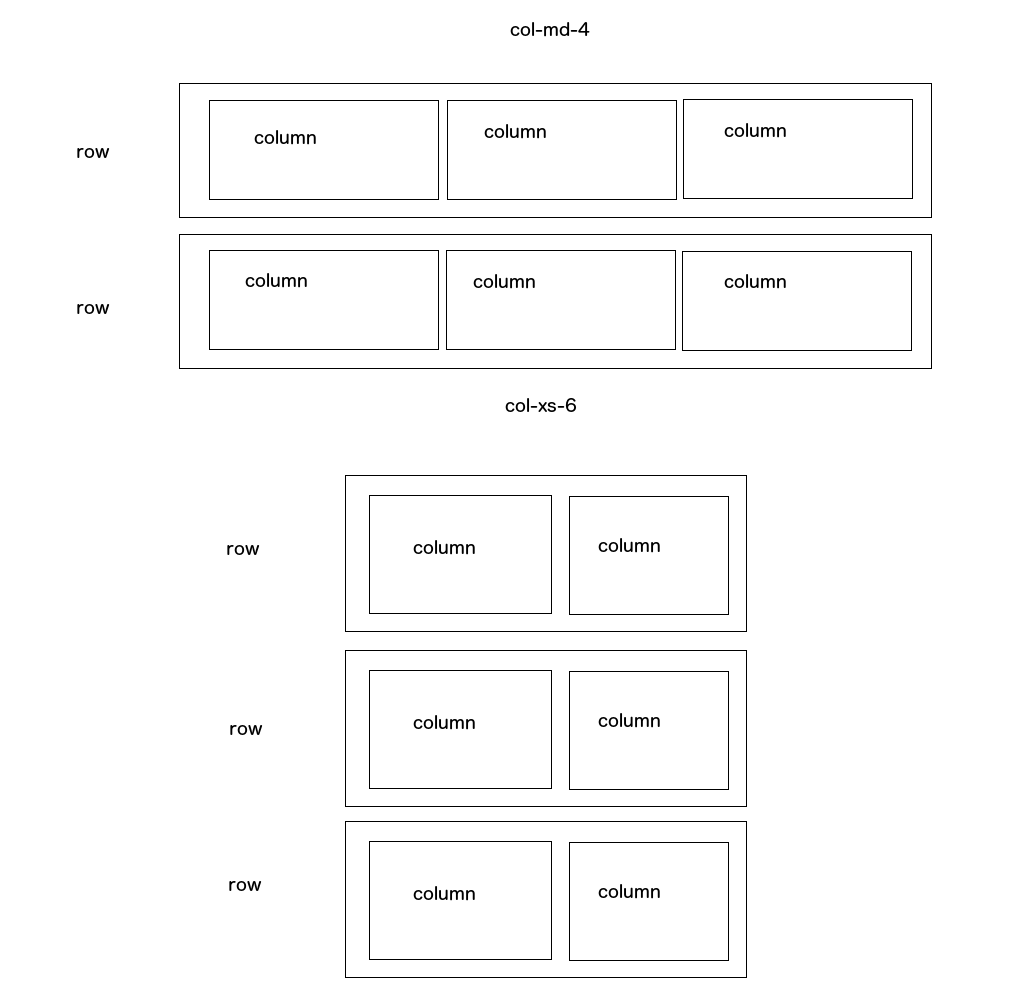 This seems to be difficult to achieve on a responsive layout. The reason I need to have separate rows is because I want each row to have a border-bottom CSS property. I can currently add such a separator using the :after CSS pseudo element on every nth column in the grid, but the CSS for such a separator is quite ugly (the separator needs to go full-width and since the pseudo element is a child of the column, I'm using absolute positioning in this case):

Is the above CSS the right way to do it? How else can I achieve this?