I'm in the process of updating a web app presenting real-time sensor data, which in it's current first iteration does this by continuous AJAX polling. However, in order to make this more like a 'true real-time' app, I would like it to be event-based.

I've been reading up on event-based techniques, and based on the fact that the real-time communication only has to go one way (server - > client), I have chosen to go with Server-Sent Events (SSE) for now instead of something like websockets. As described here on the Mozilla Docs, this is easily implemented on the server side with something like (a little simplified):

and on the client side with: 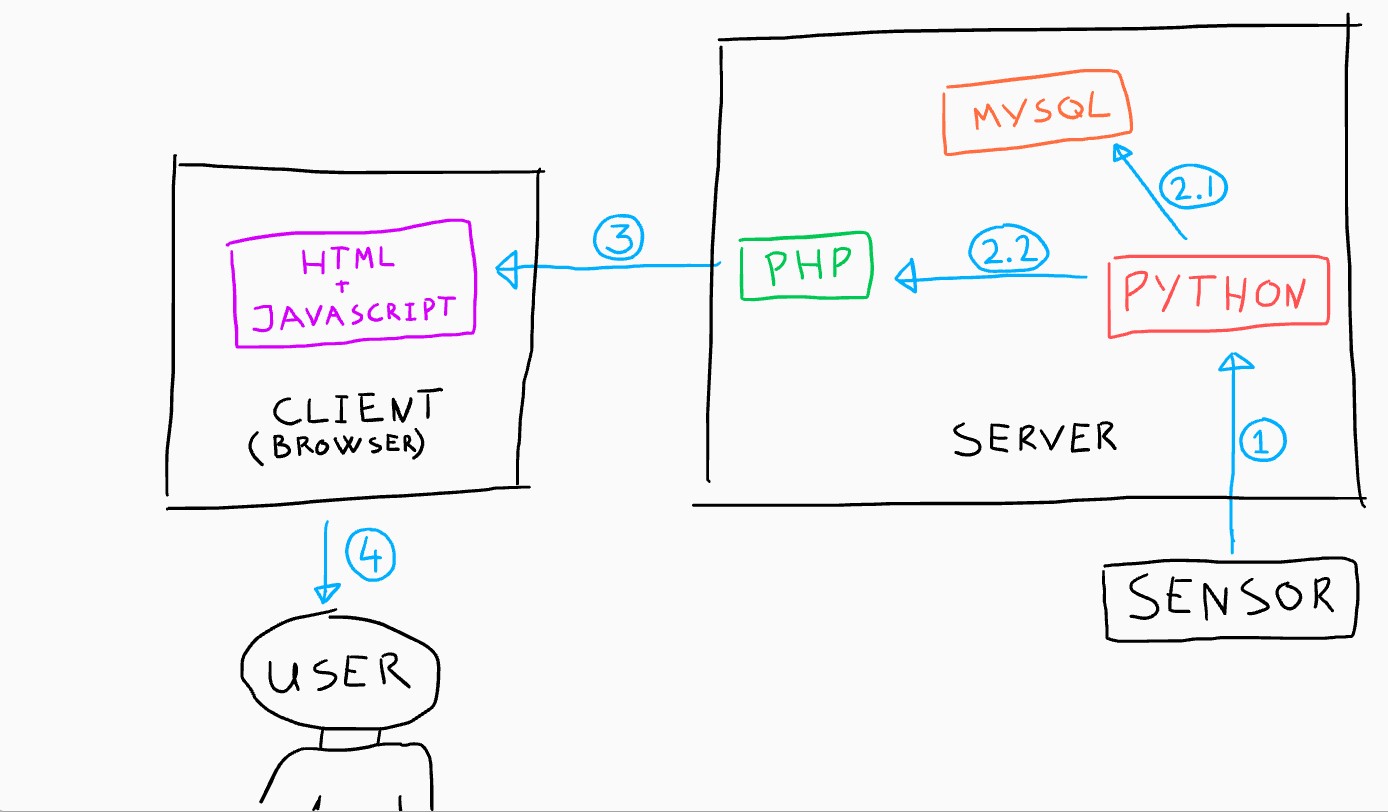 At the same time all new data is stored in a MySQL db, so I could of course make the PHP script query the db really often for new entries, but there has to be a smarter way. So can I make 2.1 and 2.2 in the image happen at the same time?

All the answers I could find in here describes how data can be transferred by making the PHP execute the Python script, but that is not what I want as this has to run whether or not a user asks for data.

Is a kind of socket the way to go, and if so, can you point me in the direction of how to do so? I hope you can help me out!