Joseph Fourier was a great mathematician and physicist and is well known for his mathematic series. Among all the nineteen children in his family, Joseph was the youngest and the smartest. He began to show his interest in mathematics when he was very young. After he grew up, he often corresponded with C. Bonard (a professor of mathematics at Auxerre) by exchanging letters. 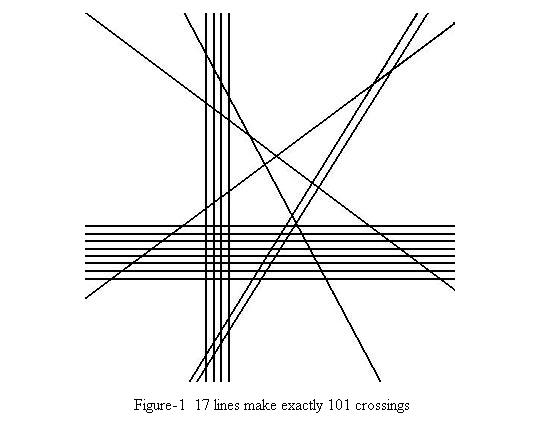 The input may have several sets of test data. Each set is one line containing two integers N and M (1 <= N <= 100, 0 <= M <= 10000), separated by a space. The test data is followed by a line containing two zeros, which indicates the end of input and should not be processed as a set of data.
Output

Output one line for each set of input in the following format:

if the drawing of these lines is impossible;

Case i: N lines with exactly M crossings can cut the plane into K pieces at most.

Note: Even if N or M equals to one, you should use the words "lines" and "crossings" in your output.
Sample Input